Hear & see what people around the world offline and online think about Sifu Phu & Enter Shaolin:

I joined Enter Shaolin about three weeks ago. I can already say that it was single greatest thing I’ve ever done for myself and my life. I could write a book explaining that comment, but I won’t. Instead I’ll say this…sign up and see for yourself! I joined because I wanted to learn Wing Chun and I could see that they were teaching it at an extremely high level. What I found was SO much more!

The shear volume of information and training is second to none. Not just Wing Chun, but tai chi, qigong, chin na and ngo dac na. There’s so much available in the members area it can be a little daunting at first. However, it’s broken down so clearly that anyone can take advantage of what they offer. Trust me when I’m say it can change your entire life!!

The team at Enter Shaolin, as people, are solid gold! I get more personalized attention as a member than I could possibly imagine. More than if I joined a physical kung fu school near me and paid hundreds, if not thousands of dollars a month to train. I personally have three Wing Chun schools nearby and I’ve looked into all of them. I’m positive E.S. was the the best choice! If you don’t have any schools near you, then this should be a no-brainer.

Seriously, if you’ve read this far, then that little something inside you is wanting you to do something for yourself. Listen to it! You have nothing to lose! These people are offering a priceless program for a mere fraction of what it’s actually worth. You won’t just learn martial arts. You will become whole in ways that I can’t begin to explain. Weight loss, flexibility, mental clarity, inner peace and that’s just to name a few. The ES team and its members are a family. The love is palpable. Even though it’s online, you certainly won’t be going through anything alone! I wouldn’t trade this opportunity for anything!

Do yourself a huge favor and sign up. See for yourself and you won’t be disappointed. All at a fraction of what “in person” classes cost. I think they might even have a money back guarantee, but I’m willing to bet nobody has ever taken them up on it. Like I said, this is the most life changing thing you can do for yourself. Your worth it and we’d love to have you in the family!” – Brian Nelson

My husband and I just started the training program after struggling to find a school in Denver that teaches the traditional Shaolin that he was used to studying back in South Jersey, where we are originally from. I do not have much experience with martial arts and am completely blown away by the amount of information on Enter Shaolin. We are both so excited to start this journey. Thank you to all of the Enter Shaolin team!” – Sara Studzinski

I have seen lots of videos and training online. From JKD, Filipino Martial Arts, Brazilian jujitsu, kung fu, you name it I’ve seen it all and I have like a library of martial arts videos. But, when I saw Enter Shaolin, I’m convinced 100% this is the Best and the Most Complete Martial Arts Training. Enter Shaolin is the Real Deal.” – John Acena

Care, dedication, patience, clear instructions in as many ways till you get it.” – Jason Loong 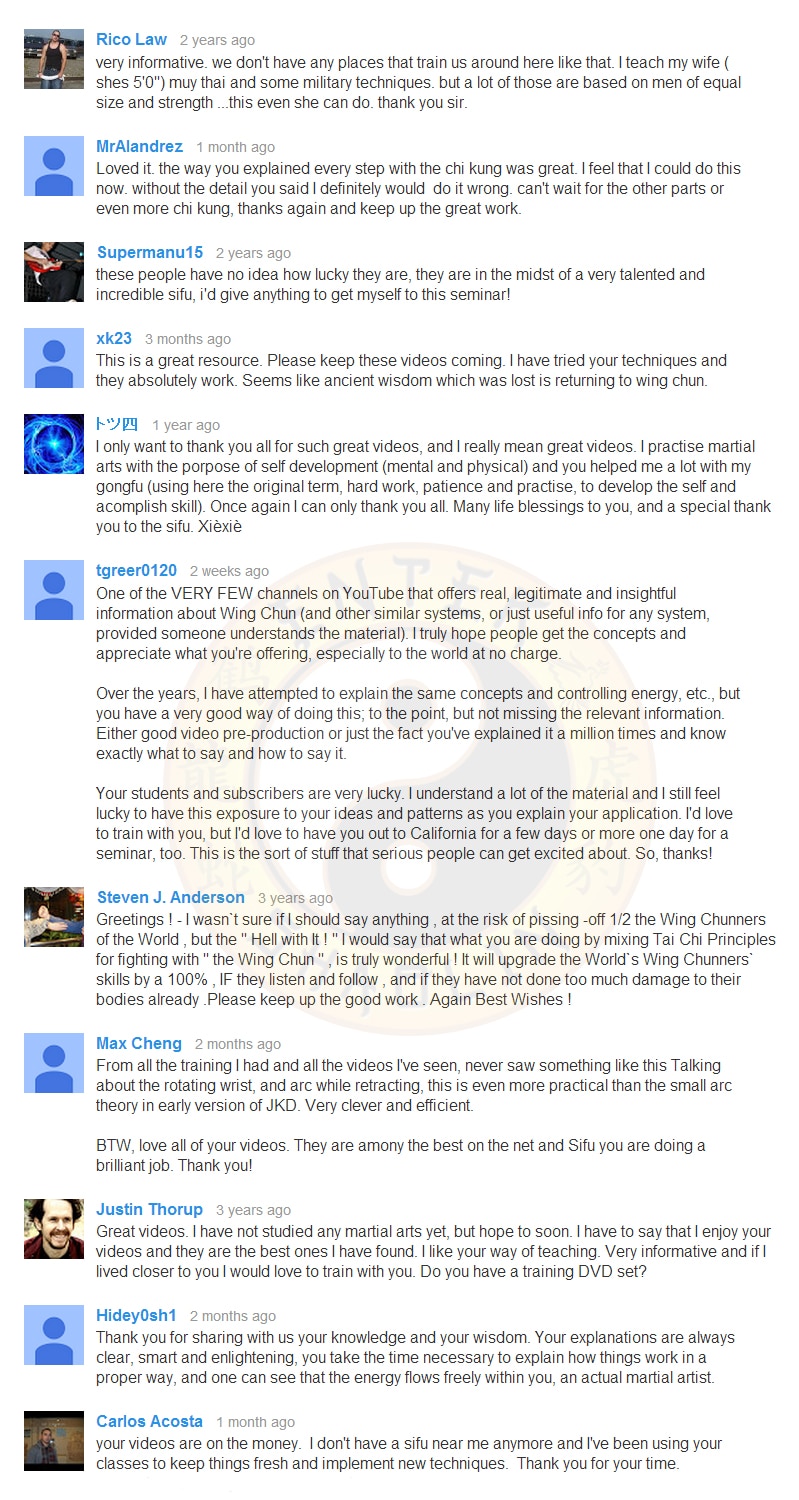