You are here: Home / Tai Chi / Tai Chi | More Than Just an Exercise

Do you think Tai Chi is only for health or old people who can’t handle the harder systems of martial arts?

If you do, then you’d be wrong. Tai Chi Chuan, translated to Grand Ultimate Fist, is one of the deepest, most complete systems in Kung Fu or any martial art. Don’t let the slow movements fool you. When you get hit, you will feel it.

There are a number of variations within Tai Chi developed and perfected by different lineages. Chen, Sun, Wu, and Yang are some of the most popular. For our purposes, and because it’s the form taught here at EnterShaolin.com, I’ll be touching on Yang Style, Traditional Long Form.

While widely practiced, the Yang style you find in schools will vary, at least if your interest is in Long Form. Many schools teach the two Short Form systems, but these forms are standardized for competition.

Long Form Yang grew out of the Chen system. Over the years, the moves and postures have evolved with each new practitioner. The only thing that hasn’t changed is how it all comes together to become a path to control and destruction.

The form found on EnterShaolin.com is a slightly modified version of Yang Tai Chi. If you go on YouTube and watch some of the older masters of the Yang style perform their form, you will see differences among the many masters, but at its core they are all the same.

The movements for competition can be larger, flowery. A show.

When training to use the system to fight, you need to be precise, tight, and controlled.

Here is an example of Yang style Tai Chi:

Remember though, knowing the form isn’t enough. You need to practice the form, sync your body and breath, and spend time enhancing sensitivity. The power of Tai Chi lies in one’s ability to feel where the opponent is projecting their energy and redirecting it.

Once redirected, that energy is yours to control and send back into the attacker adding your own energy to create an explosive reaction.

In the next post we’ll discuss sensitivity, the ability to feel the energies in play and how to flow and control that power. Without sensitivity, which comes from many hours of practice, Tai Chi is a nice form of low intensity exercise, but a fighting form it is not. The strength of Tai Chi is at the same time its weakness.

Without dedicated practice, developing the skills to use Tai Chi effectively will be near impossible. It takes a great deal of time and patience to become good at Tai Chi. Don’t let that dissuade you. In the end, the discipline and understanding you develop in Tai Chi will empower all other aspects of your training and life. 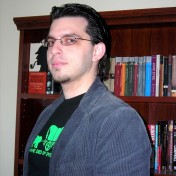 Writer, Kung Fu Practitioner, and family man, JP spends a good portion of his time at home with his children desperately wishing he could afford a nanny in order to write more. New resident of Connecticut, he is still searching for the right circle of people to call friends, but is making good headway. He also writes fiction! Check out his website at JPBehrensauthor.com for infrequent updates.