Hey family! How has your week been? Here at Enter Shaolin we have been busy as usual. We have a whole lot of stuff going on right now. For starters we bought new computers, which we talked about last week. But we got them in and got to play around with them finally. Though Jamie is still having computer woes as her computer was defective and we had to ship it back to Apple and she is currently awaiting the replacement. 🙁

Both Jamie and myself have been diehard PC/Windows users. However, we decided to step out of our comfort zones and purchase new iMac computers. Here is a pic of the specs of our machine. We bought two identical computers, so we can handle any techy stuff we need to get done much faster. 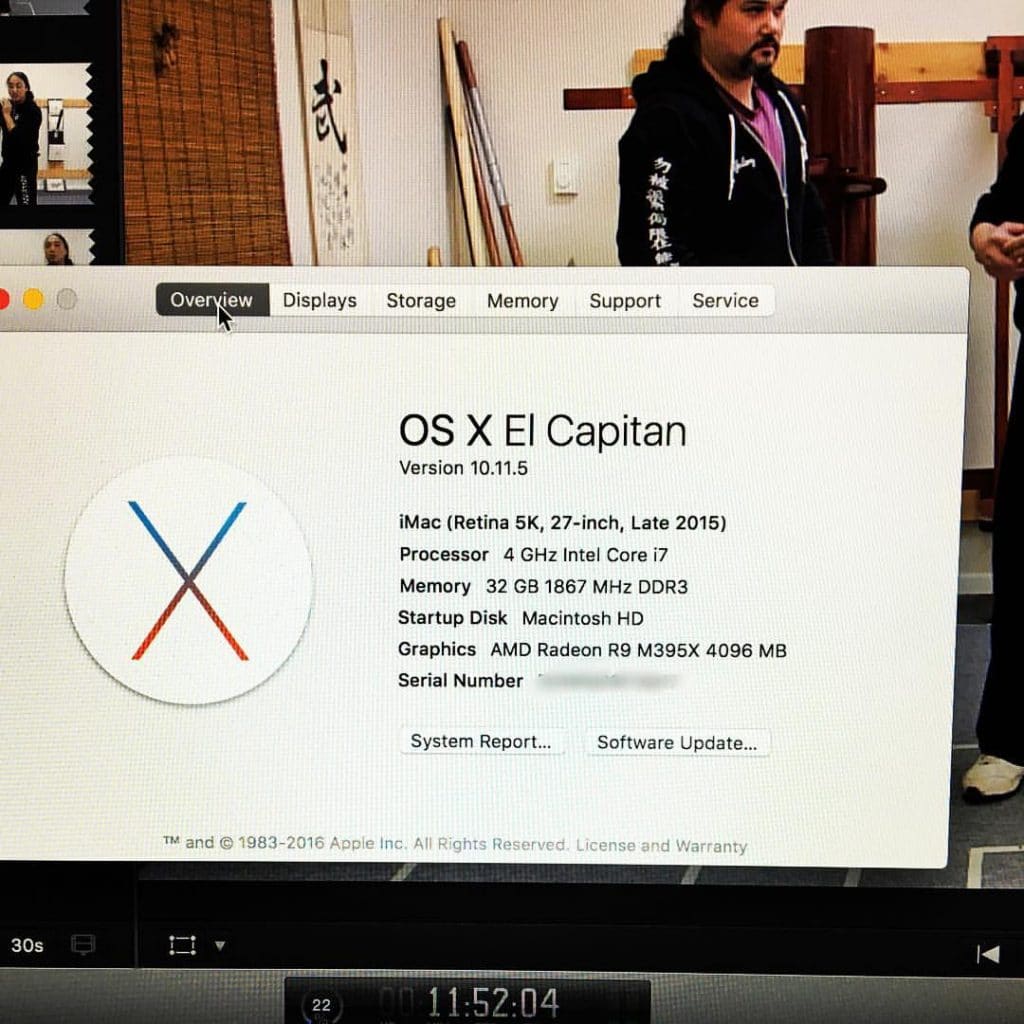 It’s currently the best Imac you can buy. We bought the best processor , memory and graphic card for it. This means we can edit our videos better and faster and Jamie can stop starring at her screen wondering when her computer is going to be able to keep up with her, well once her replacement comes in of course! We also bought Final Cut Pro X to edit our videos. What this means is we have new operating systems to learn as well as new software, so for the moment it’s taking us a little longer to get tasks completed while we go through this learning phase. Granted the learning curve isn’t as steep as I had feared. Yay!

We are also looking into getting a new video camera, because it’s time we start bringing you a higher quality product. When we bought our Canon T4i to film with we bought the best we could with what we have. We literally started Enter Shaolin on a shoe string budget doing the best we could with what we have, upgrading what we could, when we could. There’s also been lots of learning and realizations that certain things aren’t cutting it for what we really want to give you. That’s why you will notice inside the members area that our older videos don’t look as good as our newer videos and as time goes on our videos will continue to look and sound better till we get to that sweet spot. 🙂

Thanks to all of you we have been able to upgrade one of our computers (the other we got a working capital loan from Paypal for) and currently we have enough money in savings to buy one new video camera, we are still researching which video camera is right for Enter Shaolin. Ideally we would like to order 2-3 so we could film how we really want to film, but the funds just aren’t there. We are praying for some more sales and upgrades this upcoming week, so we can make it happen. I am confident though we will have one, if not a few great cameras in the very near future.

We are looking at getting a prosumer camcorder that shoots in 4k and at least 60p in 1080 for any of you video buffs out there. But since our budget isn’t as lofty as we would like it we are down to less than a handful of choices and we are watching video after video figuring out the pros and cons of each so we can choose the best for Enter Shaolin’s needs.

Sifu Phu is still in Israel right now, from what we have been told we should be getting video footage from that event to share with you. We have been very busy as you can imagine learning new systems and such we haven’t had the opportunity to work on putting out new media on our social networks this week. And Jamie well lets just say she has spent way too many hours going back and forth on Apple on her return. It’s been a time synch, so she hasn’t been able to get much but customer service and researching cameras done. It’s been one of those week.

Thankfully my computer is fine and I’ve been able to get a lot of videos switched over to our new video provider because of it.

Despite the bumps and setbacks we of course made sure to get your new lessons ready for you! 😉

We hope you enjoy your weekend family and for those that served or are in the military currently, thank you for being you!

We are going to be holding another sale in honor of Memorial Day in hopes we can help some other people join Enter Shaolin that couldn’t afford to do so without a discount. Normally our next sale wouldn’t be until later this Summer, however we would like to get 2 cameras and better lighting too.

We may be a 1 man/1 woman crew, but if we can get the right technology going we can provide you an even better learning experience in the same time it took to do what we do now. It’s all about us getting more and more efficient, so we can serve you more and more.

If you have any friends who would be interested in joining the sale, you can have them contact us here.