How do you train wrapping and constricting techniques in the snake system by yourself one of the things you want to, understand that when you constricting you,  got to think of  four sides.

The top, bottom left, right And so you’ll always want to try to create a pressure where it’s even on all sides. So that’s one of the trainings, like you can, I’ve done it,  demonstrations with towels, how to construct using a towel and everything on the site. 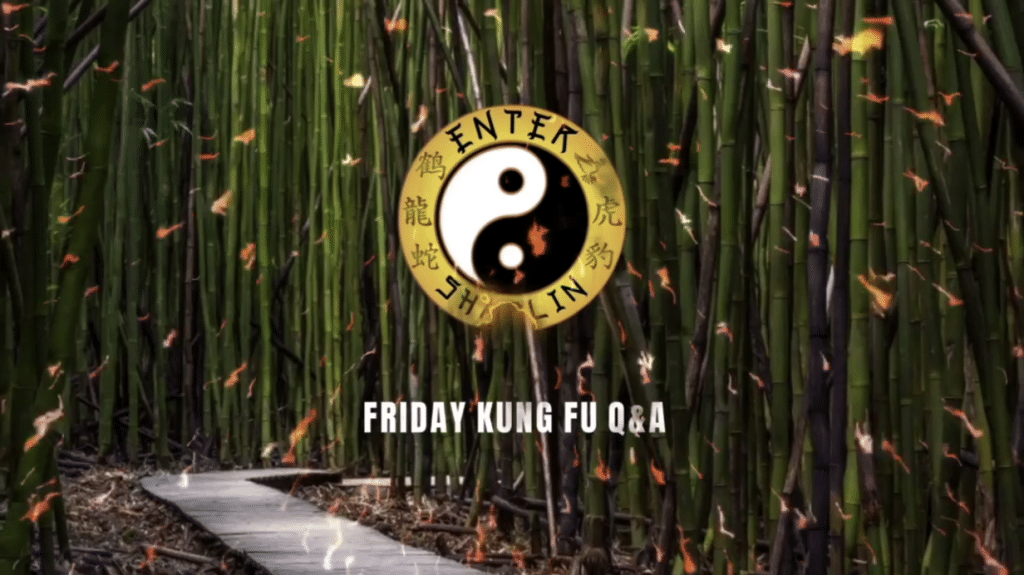 One of the things you can do is just basically just take a pole like this so you can practice getting your body, push your body into the stick is going to make it go this way, but you  are going to counter it with the base coming in.

So it’s neutral. You’re going to come up and you’ve got to pushdown with the other hand. So now you have this wrapping and you learn how to create pressure on all four sides. Your shoulders you want to push down. Your elbows are going to push in this way.

Your ribs going to push the other way and your forearm is going to go up and you put the other one on top of this way.

And then, you can practice doing that, wrapping from like this way. Well again, you gotta wrap and hold that tight into your body. Breathe through the move and rotate your wrist. So I could just rotate the wrist this way like this. 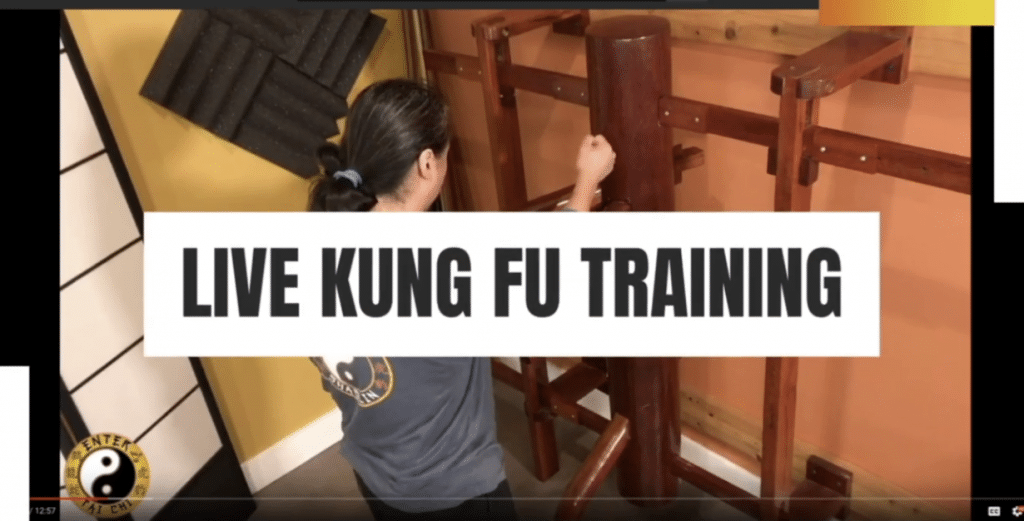 When I do, I’m just over rotate and point it towards the target, which I want to. So you can learn a practice and you’ll learn how to keep your arms in the right structure and placement.

And that’s the basis of learn how to do it. And, and why you doing that is because now you’re going to learn how to create the control like this. And you can learn how to move back and forth without dying you see.

I’m dying versus I have pressure in my hands. Can you see how the pressure seethe pressures on my arm, the shoulders going down versus me circling and pulling back in and way.

You can see I’m getting the base down. Everything moves together. So when I move, everything looks like it’s in front of it.

So it looks like I’m very solid. But if I’m like this and I’m going like this, you can see it wants to come into my body and that’s no good. That’s the way you gonna lose pressure.

And if someone punches you in your circle, you’re going to find that you’ll have to fight to control them because you actually chose the die first. There’s no such thing as dying. Okay It’s yielding, but there’s no dying.

And, and this we’re talking about the concept of how energy works and everything. and I saw someone wrote, tempra, I saw a right, soft as in yielding, not to give in or to fold completely. Is yielding good? it’s, yes and no. It depends on how you yield. And again, this is one of the things that the concept of, of yielding is off for a lot of people. 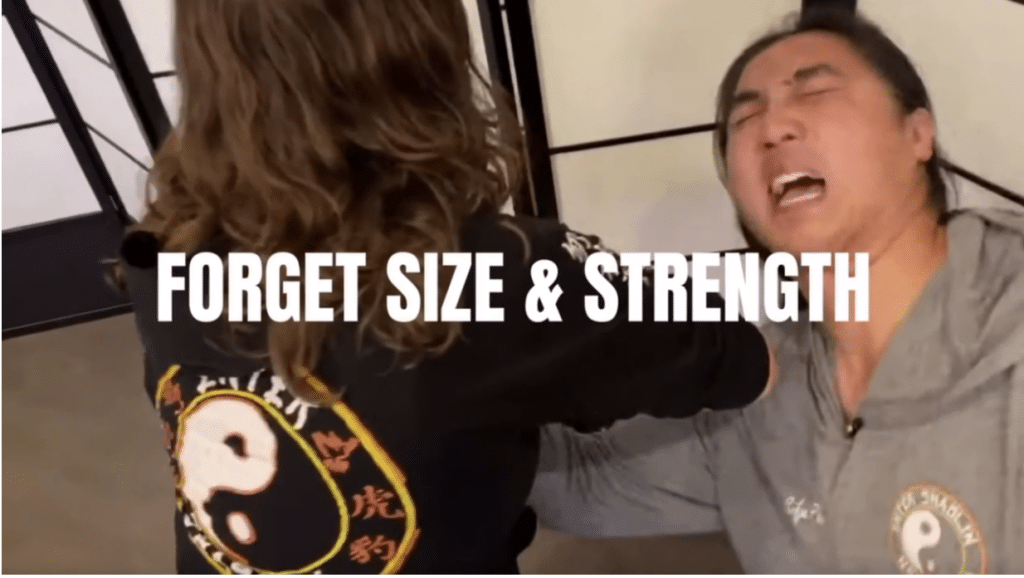 You cannot yield and be soft and absorbs someone’s energy because you’re taking it into you. You, the purpose of yielding is to take.

So if I’m yielding to someone, I’m actually got to take, cause I got to put that pressure back on my opponent. If I’m not doing that, then yielding has no value whatsoever. Okay. So we’ll talk about like here’s a yield in point.

She’s gonna grab my wrist, right And she so they can see. So she pushes into me. If I yield, okay, I’m trying to yield and she can overwhelm me as I try to yield.

So something else can take. If you’re just giving, where’s your take And if you can’t take, then what’s gonna stop them from putting pressure on you. So this is like I said, this is the misconception that people have. You cannot yield to someone for the sake of yielding.

It is not what you want to do. One of the things I always like to say is, you must be stubborn to yield, not resistant to yielding. Okay you don’t just give in to someone.

You should never ever just yield to someone. They have to make you yield. You cannot decide to yield. It has to be forced upon you. But when there are pressure is greater than yours, then don’t fight them.

So you don’t want to yield. That’s the wrong mindset. So yielding is good.  If there’s taking behind that, if there’s no attack behind the yield, that is no good at all. People often go yield and they feel the pressure called, then they’ll attack. 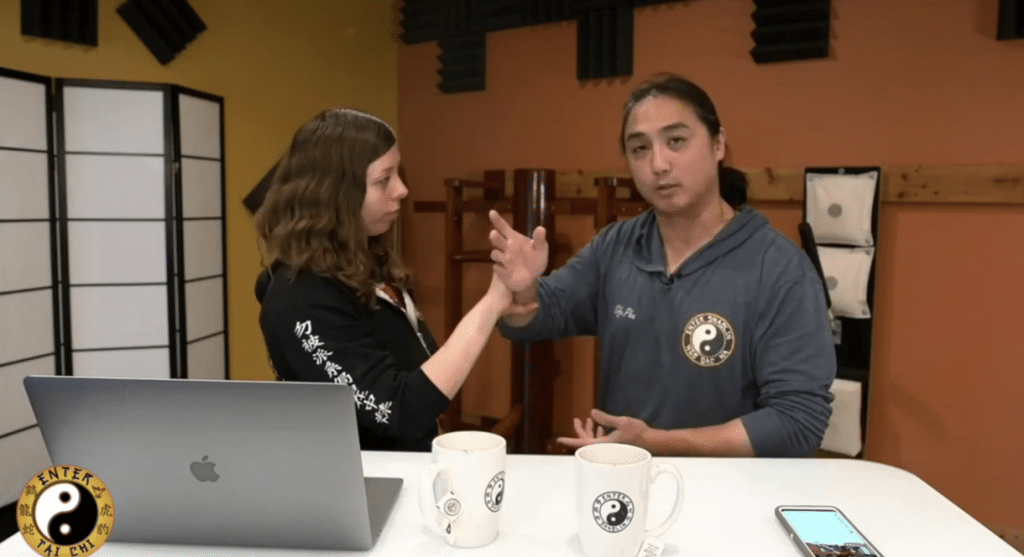 All you do is what yourself a half a second of life. If they’re trying to kill you, the purpose of yielding is to take. If there’s no take behind the yield, then you’re wasting your time. Simply put. So these are some of the concepts that, that people don’t get.

I’m not saying nobody, I’m just saying most people have it wrong. And so we’re going to go over a lot of difference between, yielding, backwards and going backwards. the purpose of yielding is to take and stuff like that.

We’re going to go through all of this stuff. So a, it’s going to help you guys understand what you’re doing better.

And by understanding that you can now fix it and correct it. It’s like ever, have someone on, you’re doing a wrist lock, you doing someone, it’s easy when you’re doing it, but then when they’re fighting with full pressure, like, I can’t do it, why can’t I do it This is the reason why.

Okay. It’s a mindset is people try to take them down first and then they’ll put them in a lock while, taking them down. And that’s the wrong concept. You’ve gotta lock them and they’ll want to go down. And like I said, this is the, and if you do it that way, it’s going to change the way you’re going to manipulate your energy all along upon it, and it’s going to help you actually better. You’ll perform much better if you think of taking them down into a lock. You’ll never lock them down because you’re at full resistance, you’ll never do it.