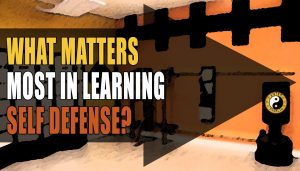 When it comes to self defense one of the first things you think about is “how are you going to respond in a dangerous situation”. For many people the idea that you might have to defend yourself in life or death situation is horrifying. That’s okay if you also feel that way you aren’t alone.

Scan your surrounding – Be aware of who is around you. Be especially aware of people who are watching you. Take note of objects that are also around you. Knowing the lay of the land is crucial to you being in a favorable position at all times.

Everything is a weapon – From the change in your pocket or if you are a women your purse or whatever is in your purse can all be used as weapons. Sticks on the ground, rocks etc…

#1 Most important rule – Breath! Breathing is by far the most important thing you have to constantly be mindful of. The more worried you are the more you have to pay attention to taking nice controlled breaths. To often people start to panic because they aren’t breathing correctly.

Use the buddy system when you can – It’s just common sense if you can avoid going to places alone that is always the most ideal situation. This is especially true at night.

Finally study some martial arts – The fact of the matter is it is better to have some understanding then no understanding. The saying knowledge is power is true.

What do you think is the most important self defense tip?

Develop Spiral Motions In Your Self Defense

Sifu Larry has been training in martial arts since he was 5. In his early years his father influenced his martial arts training. He taught him the basics of self defense, guile, military tactics, Judo and Jiu Jitsu. At age 7 his he was enrolled in Goju-Ryu which he trained in until he was 16. He took sometime off, but when he came back he decided he was never quitting martial arts again and at the age of 19 his thoughts on what martial arts was and was not got flipped when he started training with Sifu Phu and learning internal martial arts. Needless to say, he's a lifer and a guy you want on your side.
Tweet
Pin1
Share7
8 Shares